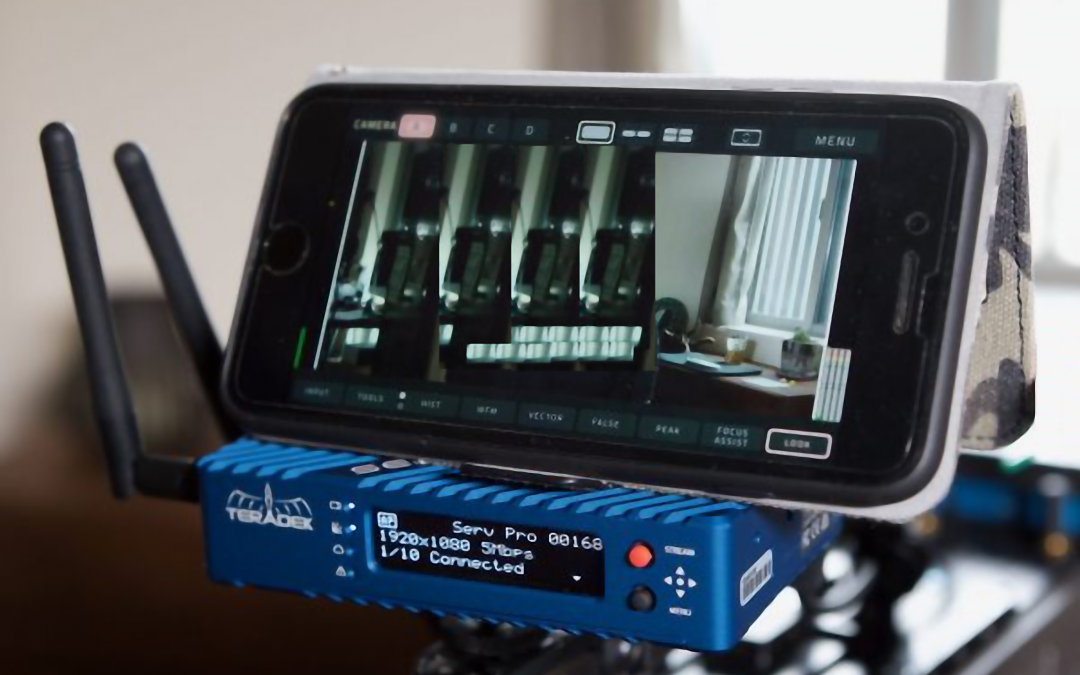 THE EMPATHIC PRODUCTIONS ON LOCATION private wireless monitoring network has raised some questions from clients intrigued by the ability for them to view camera feeds on their iPhones and iPads and be in on the action as though they were part of the film crew on the set.

The single question we get repeatedly is how exactly does it work?

On arriving at the client’s location we hand out instructions for iOS users to download a small, free app from the Apple App Store onto iOS devices. Once installed, staff can take the unique user password and network name and on entering the information into their iPhone or iPad obtain access to the Empathic Productions network. This allows them to be in on the action over a 1000 metre WiFi range with just 2 frames of latency between what our cameras are seeing and the picture on their phone or tablet.

Clients love the ability to be part of the shoot, and why not we say as they are paying for us to be on location creating their footage on their products and services. The client is effectively the producer on the film set.

Ironically however, this value-added benefit for our clients is not the prime reason we invested in the wireless network. On a busy shoot we could well be using up to 4 cameras, our main A and B cams, the Zenmuse X7 camera on the aerial platform for crane shots, and the Pilot Era all-in-one 8K 360° VR Camera. 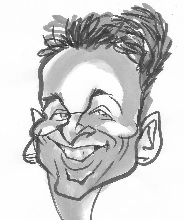 Andrew Collins, Director of Photography, needs to be able to coordinate camera operators and see in virtual real-time the video feeds from their cameras. It is not unusual for the Empathic Productions B-cam operator to be fully rigged into a steadicam suit that is capturing fast-moving action sequences 500 metres from the A-cam action. The B-cam operator needs to be in communication with Andrew on a full duplex headset system that is live on air, and Andrew needs to not only see the B-cam frame shots but also evaluate the gamma, chroma, histogram, focus and white balance of the B cam video feed using the tools available in the iOS app. Our network allows Andrew to sit up in the ‘village’ when necessary, directing the action with 4 camera feeds onto a single iOS touch operated display. In addition, he can save still photos from the streamed footage to serve as a memory jogger for later discussion with the camera crew. This sophistication effectively facilitates Empathic Productions being able to film with the efficiency of an A-list production setup.

The Zenmuse X7 camera on the drone platform is also equipped with an iOS monitoring device so that it can be operated, when not airborne, as a hand-held camera similar to a steadicam system. The ability to move the drone from an airborne to hand-held mode will be the subject of another article, but adding the aerial platform into the Empathic Productions Wi-Fi network is an important part of the system setup.

So what is required? 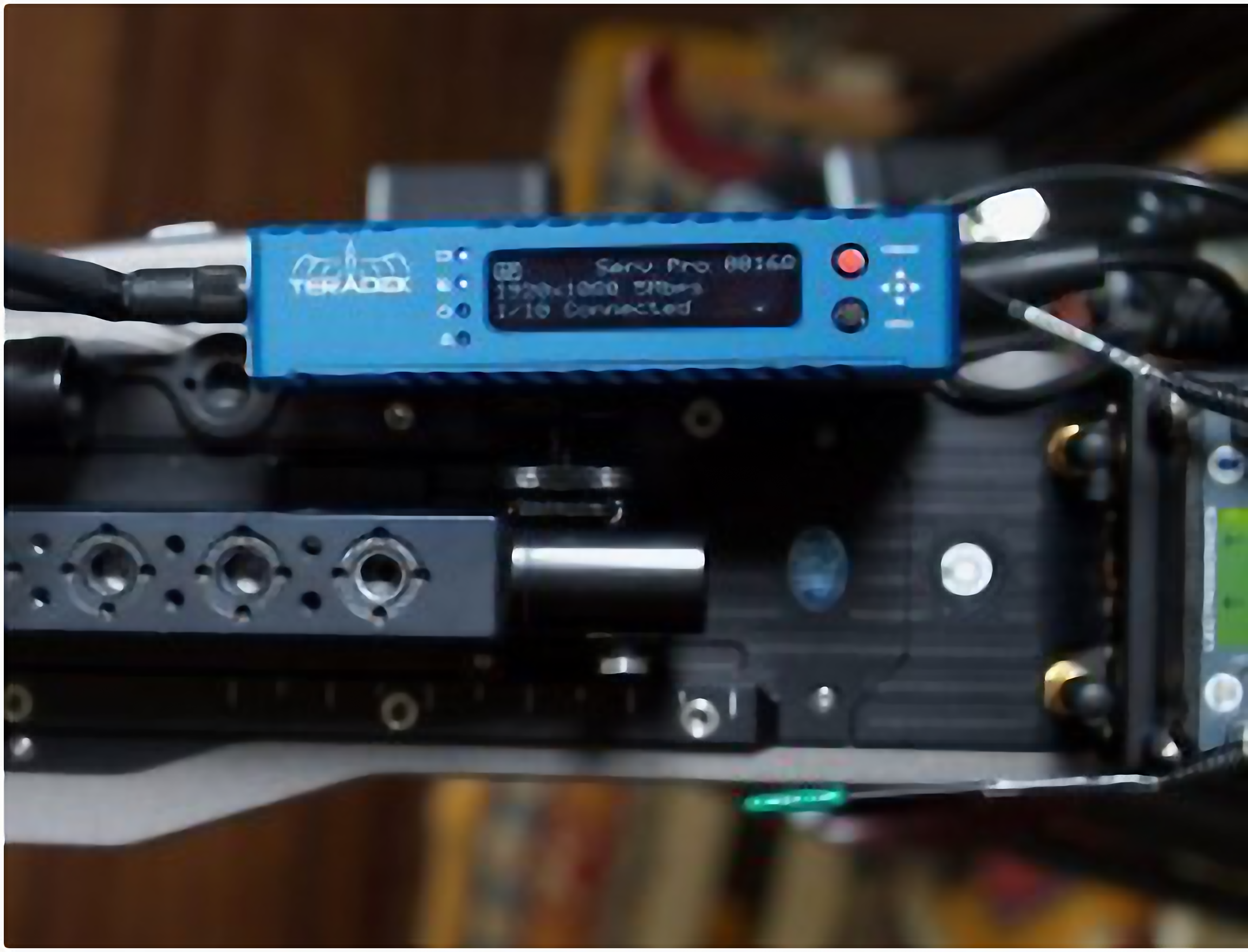 The short answer is a pretty large capital outlay in Teradek’s 5GHz Serv Pro transmitter systems with one mounted on each camera requiring a network connection. Then an autonomous Teradek Link WiFi access point / wireless extender is placed in the middle of the production, (obviously out of shot) using a Sony V-mount battery system and the necessary cables. This high-powered wireless extender permits the entire production team, (and clients) to access the network over a wide terrestrial area. The only other pre-requisite to complete the package is the VUER software app and the iOS devices for monitoring the video streams. Because many of our clients already own an iOS device then it becomes very straight forward to give them network access at no additional cost.

Serv Pro is effectively a hardware streaming device that allows up to 10 iPhones and iPads to monitor a video feed in HD over WiFi. Anybody with an iOS device, for example, script supervisors, hair & makeup staff, electricians, sound crew, transport and clients are now able to be on location without being in the way of camera and lighting operators. The system offers a compelling monitoring alternative to even more expensive zero latency wireless video systems. 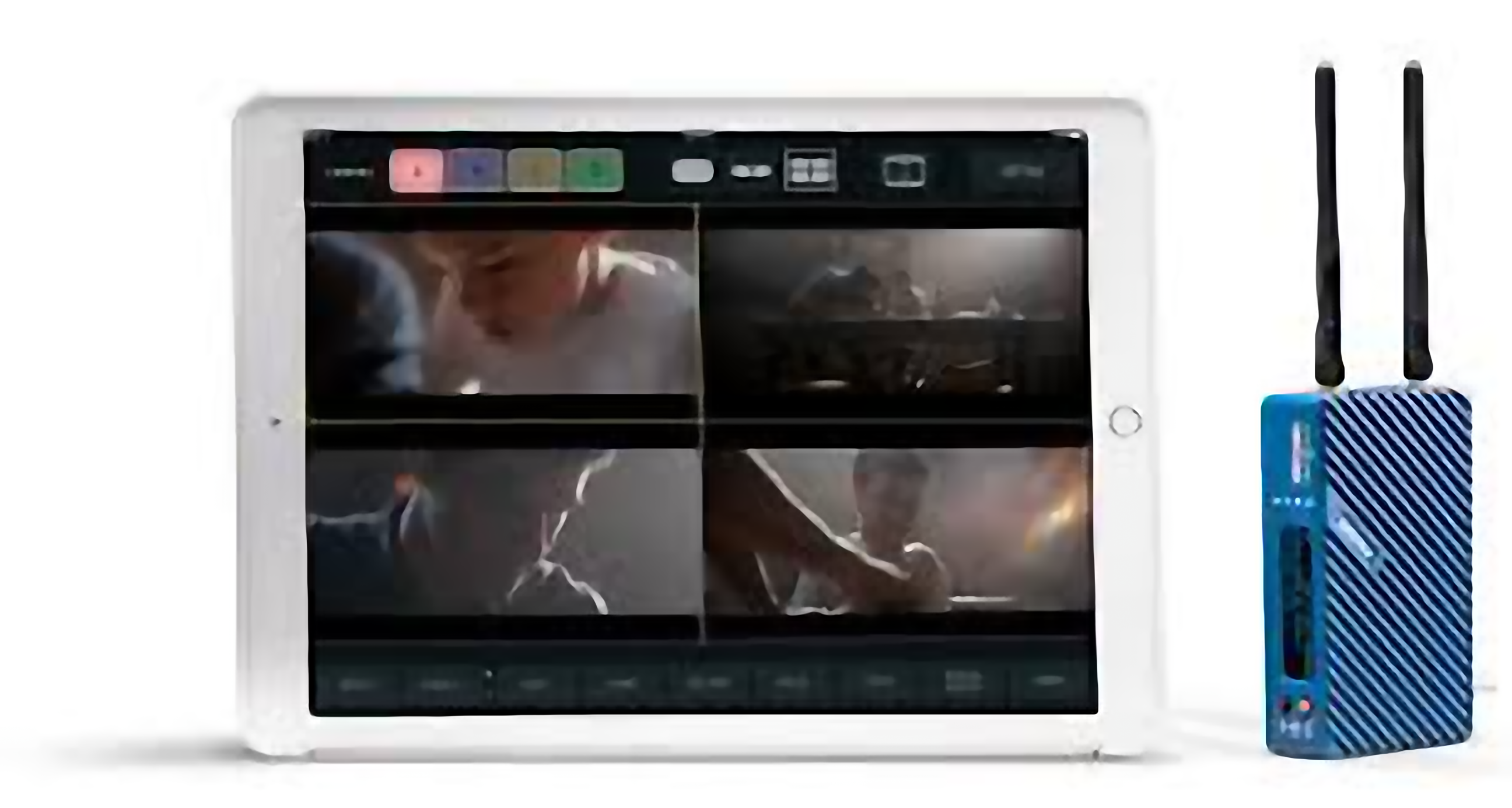 The Serv Pro transmitters connect to cameras via HDMI or 3G-SDI and streams over 2.4 / 5Ghz WiFi or ethernet to any iOS devices connected to the Empathic Productions network. Each unit supports up to 10 simultaneous connections, whether you connect directly to Serv Pro or to the same wireless access point. Each Serv Pro feed is streamed at 1080p with just a 2 frame latency. The video stream also includes a stereo audio channel that can be enabled or disabled from the VUER app. Moreover, the system works harmoniously with Teradek Bolt and Paralinx industry standard products. With proper frequency management, all the Teradek systems will work together without interference.

The VUER application for iOS puts an entire cinematographers toolset in Andrew Collins’ hands, allowing him to use vectorscopes, false color, focus peaking, and more on each Serv Pro feed being monitored. VUER can monitor up to 4 Serv Pro feeds at the same time, all in 1080p and all at the same 2 frame latency.

In a future article we will cover how the Zenmuse X7 and Inspire 2 platform is integrated into the Empathic Productions wireless network.

If you’ve enjoyed reading this ‘What’s Up!’ page be sure to also visit our social media links and leave feedback.