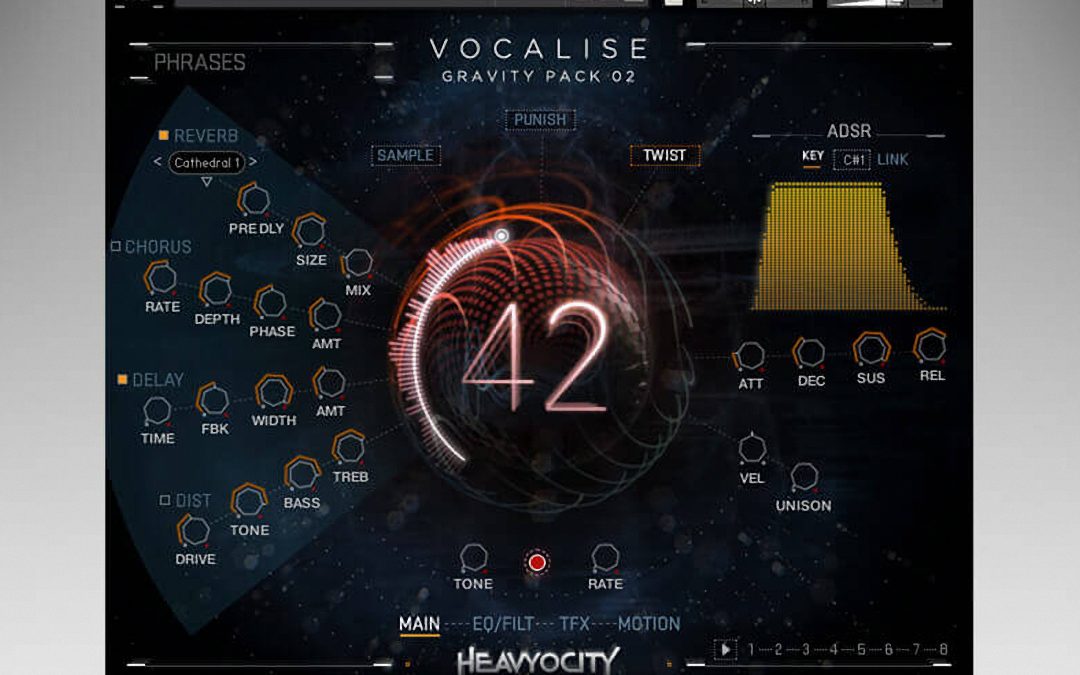 IT IS CERTAINLY NO SECRET that Heavyocity’s prowess for creating cinematic sound design content is unparalleled in the film, TV and games music industry, and their Vocalise VST instrument is no exception.

Heavyocity has combined the raw character of the human voice with their signature sound design capabilities to create Vocalise, an alluring collection of vocal pads and phrases in a library of production ready content to add an emotional vocal component to any sound track. Featuring an esteemed roster of professional vocalists, including Siobhan Magnus of American Idol Season 9, Vocalise delivers a sonic sound palette unlike any other cinematic sound library.

Recorded in Brick Hill Studios in Massachusetts, the award-winning sound design team went to work to create a VST instrument that interprets the human voice to create a cinematic vocal experience unlike any other.

By adding Vocalise into our arsenal of sound track tools, Empathic Productions has joined the ranks of other professional composers like Ramin Djawadi, (GAME OF THRONES, PACIFIC RIM, SAFE-HOUSE, THE GREAT WALL, WESTWORLD) to offer a massive thumbs up to one of the most useful tools in cinematic soundtrack creation.

I recently tested the capabilities of this instrument in a real production scenario by creating a precise 90 seconds soundtrack for a potential promo that sadly never materialised. About a year and a half ago we were in discussions with a client to produce a promo for the stage production of Macbeth that was due to be performed in the supposedly haunted Victorian theatre on the Solomon’s Estate near Tunbridge Wells, Kent.

If our submission had received the green light, I would have needed to create a demonic back drop of atonal singing voices to represent the witchcraft element in Macbeth. Using Vocalise to create two choirs in different key signatures, the two parts were then placed on top of each other in just the right proportions to make the wall of sound atonal but without becoming a distorted mush. The 50 piece choir ensemble was then treated to additional processing with the addition of EvilBreath and BlindFury SFX from the Empathic Productions library to produce the final wall of sound back drop. The final touch was the addition of the thunder and rain storm captured on Empathic Productions’ ambisonics equipment at five o’ clock in the morning on June 26th. The completed ensemble includes the voice of Siobhan Magnus towards the end of the track, adding an element of ethereal beauty coupled with musical pathos. Being both evocative and sad it contrasts with the wall of sound that forms the main part of the composition.

This then is the sound-track to the Macbeth promo that would have been created but never was. It certainly serves to illustrate the power of Heavyocity’s Vocalise and for me it has been a reminder how relatively easy it is to create effective, unique, low-cost soundtracks when using the right tools.

When playing the track remember to use high quality headphones or you will lose the all important, immersive, cinematic sound experience. Have fun!