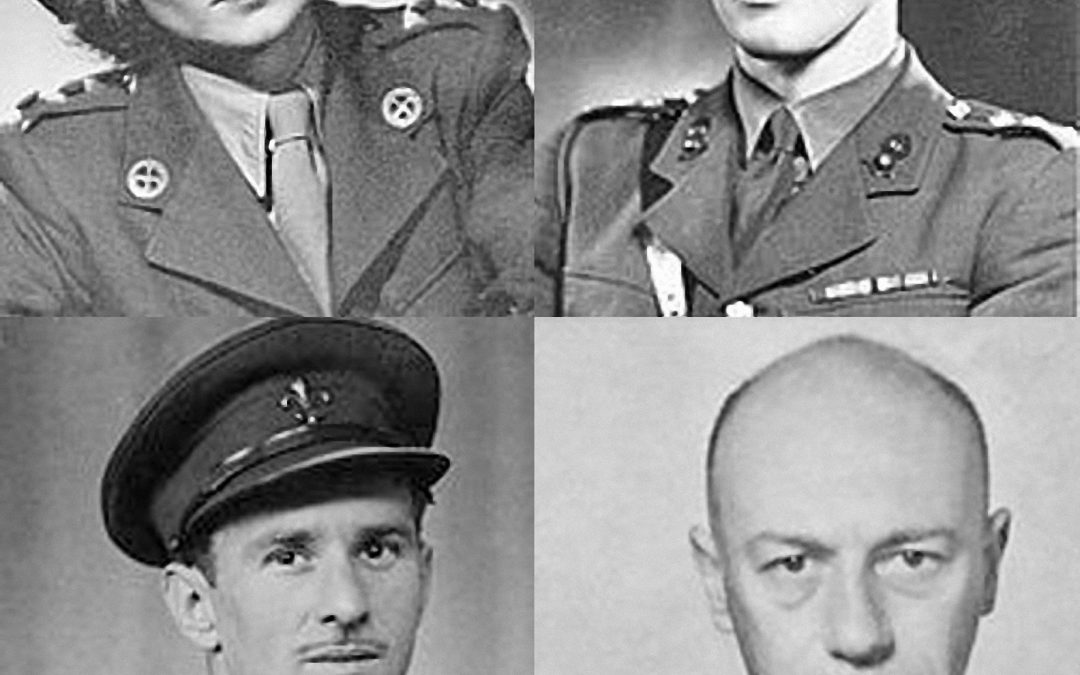 HAVING WORKED FOR MANY YEARS AS A JOURNALIST, both in print and video media I had an interesting question thrown at me the other day which made me stop and think. The question was ‘what was the most interesting story I had worked on?’ My difficulty in responding was due to the effort in determining the most interesting as opposed to just plain, vanilla interesting.

I think the story that fits the answer the best is one that occurred on the 16th November 2016. Interesting because the nature of the story was to do with one of my interests as an investigative journalist concerning secret events of the second world war. But what made this one stand out was both its cloak and dagger nature and the fact that I would loved to have filmed it but wasn’t allowed to.

The event in question was the unveiling of four blue plaques in Brighton commemorating the work of England’s SOE (Special Operations Executive) and the part Brighton played in its history. Fortunately, I was at the time doing articles for the local news site the-news.co, set up by myself and William Mills, and we had connections to Roger Amerena, heritage commissioner for Brighton and Hove who amongst other things oversaw all the blue plaque unveilings in the City. It was through Roger a rare invite was granted. In fact, all the attendees were there by special invitation, including a handful of intelligence operatives and military personnel to make sure only those invited actually got inside. It felt like there were many secrets left untold and an effort was being made to keep information leaks to a minimum.

After I’d finished the article I called it Brighton’s Secret War. If it had been filmed as a documentary or TV news item it would have found a place of record on the Empathic Productions’ Portfolio page. Nevertheless, the story is so interesting that I have decided to recount it here; sadly without the benefit of any supporting video, but still a worthwhile read I think.

The Carve Their Names With Pride special event was organised by the Secret-WW2 Learning Network, an educational charity based in Sussex. It was founded by Marytn Bell and Martyn Cox in 2014. The event was staged in conjunction with the Brighton and Hove Heritage Commission, an umbrella organisation who campaign for the preservation and improvements to the character and facilities of this city.

THE BRIGHTON SOE AGENTS AND RESEARCH 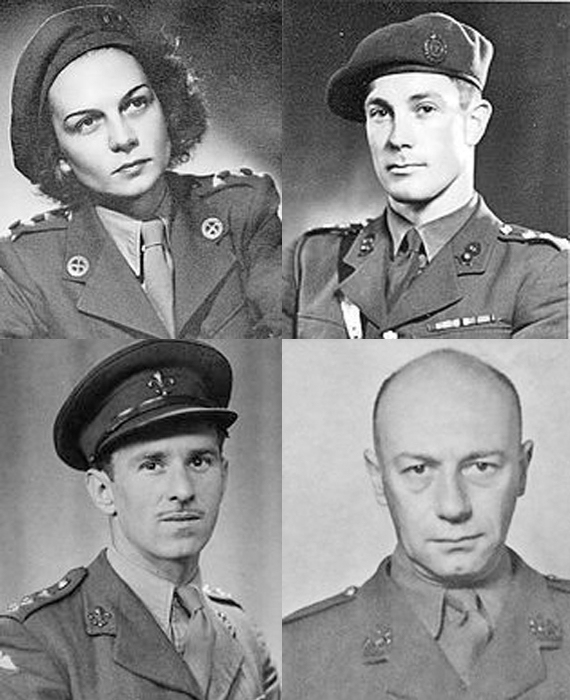 The four Brighton agents – Lt. Jacqueline Nearne, Capt. Ronald Taylor, Capt. Michael Trotobas and Edward Zeff, who had either been born or lived in Brighton, had their stories recounted by author Paul McCue who has done extensive research and penned a book Brighton’s Secret Agents which details their lives and exploits. After recounting their individual story, a serving and a veteran forces member linked to them by virtue of their unit or history, unveiled a blue plaque on the stage in their honour. 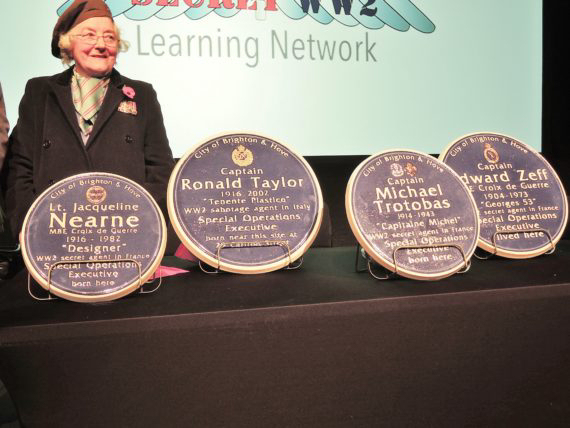 Roger Amerena, Chairman of the Brighton and Hove Heritage Commission, says the organising of four blue plaques simultaneously was ‘most difficult’. “How do you logistically cope with four unveilings? The brainchild of today was actually Martyn Cox who suggested a plaque reveal which enables us to reveal the four plaques and then at a later date, each can be affixed to the different addresses. Today is a great honour to enable us to unveil four plaques to SOE agents.”

Martyn Cox, CEO of Secret-WW2 Learning Network, described the origins of today’s unveiling. “This started in March 2015. I was chatting to Stuart (Kent) whose mother was French and in the French resistance and there was a possibility of filming an interview with her. He said he had been working on the biography of Michael Trotobas for some time because his mother had been with Trotobas in Lille.

“At the same time, Martyn Bell had been looking into the possibility of getting a blue plaque for one of his relatives (Martha Gunn). We realised Trotobas had been born in Brighton and we called ourselves a network. “I said when your book comes out maybe we could organise a talk to promote your book, and then the blue plaque came into the scene. A historian said there’s another chap who was born in Brighton – and this thing grew. We had three with Jacqueline … the publisher we got on board, he found number four – Ron Taylor who served in Italy. And that was it. “I don’t think anybody has applied for four blue plaques and got away with it – we did!”

The Special Operations Executive was created in the summer of 1940 out of three existing organisations : the Secret Intelligence Service (SIS), MI(R) a branch of the Military Intelligence Directorate of the War Office and Electra House (EH), the secret propaganda arm of the Foreign Office. It was overseen by the dynamic Hugh Dalton, the minister of Economic Warfare who campaigned to be given responsibility for the new organisation. Churchill’s directive to Dalton was “now set Europe ablaze”. Agents were trained in paramilitary techniques, languages, sabotage, communications, parachuting and many other skills necessary for operations behind enemy lines.

In all, by war’s end, there was a network of some 40,000 men and women (including auxiliaries) under SOE direct or indirect control and it is estimated of these, 800 lost their lives – though the true figure is probably much higher.

Martyn Cox, co-founder of Secret-WW2 learning network has filmed over 100 interviews with surviving SOE members. These are stored at The Keep, a world-class centre for archives that includes the East Sussex record Office (ESRO), Royal Pavilion & Museums Local History Collections and the University of Sussex Special Collections, overseen by archivist Andrew Bennett. Dr. Chris Warne, a Sussex Historian, gave a presentation on the value of oral testimony. The SOE videos form part of the Archive of Resistance Testimony. 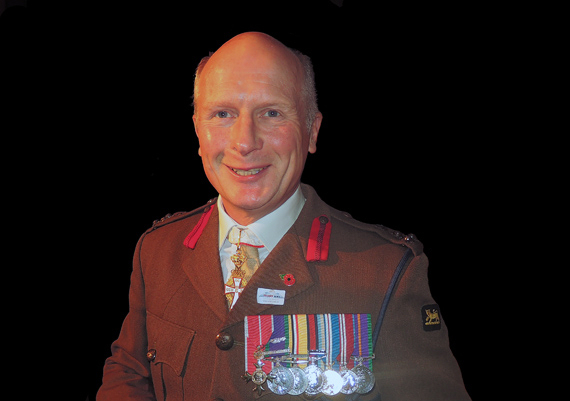 Brigadier Richard Dennis OBE and recipient of the Grand Commander Cross of the Danish Order of Dannebrog explained why he had attended the event.

“I’m here for two very specific reasons today. First of all, as a member of the Princess of Wales’ Royal Regiment, the direct descendants of the Royal Sussex Regiment, in which Michael Trotobas served before signing up for the SOE IN 1941. So, two members of the regiment that are proud to call him one of their ex-members are here today – myself and Capt. Gary Pullen from B Company here in Brighton at the Princess of Wales’ Royal Regiment.

“My second equally important reason for being here is my father-in-law, Squadron Leader John Mott, is the subject of a new book being launched this week – The Twisted Florin which tells the story of his exploits both as a Whitley bomber pilot and subsequently as a Lysander pilot flying SOE agents in and out of the occupied zone during the latter stages of the war. “So for me this has both a regimental and a very close family interest, affiliation and pride for me and I’m absolutely delighted to be here at such a wonderful, well organised and unique event.” 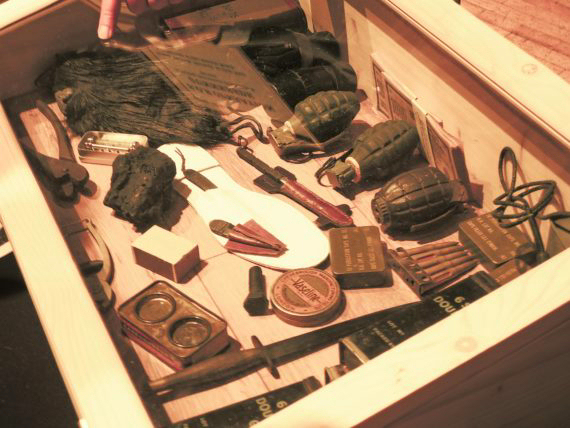 Driving all the way from Brussels to attend was Claude Mathot, 66, whose father was a Belgian SOE agent. Mathot runs the Fraternelle des Agents Parachutises based in his home town. His father, François, was trained by the English in 1943 and worked in ‘T’ section as a saboteur.

“I’m here to perpetrate the souvenir (memory) of my father who was an SOE agent. That’s the main reason. His false name for the SOE when he was being parachuted was Mercier. And he used a lot of surnames – false names – which always began with the letter ‘V’ – so it was Valentine, Victor, and so on.”

Claude’s father continued working for the Belgian Intelligence services after the war ended and became one of the so called ‘stay-behinds’ (also known as ‘Gladio’ in Italy) – a secret network maintained by NATO to combat the perceived Communist threat from the Soviet Union.

When asked why events such as today’s are important to keep the memory of WW2 SOE agents alive, he replied: “Because it’s a story and people have to know what the story was, the reality, the souvenir of the people that did it. Because there were a few – you know, for Belgium, there were 77 SOE agents – Belgian ones. At the end of the war, there still remained 24 alive – a huge gap. And my father was one of the 24.”

The four blue plaques will be officially installed on the relevant Brighton and Hove properties next January. In the meantime, the Secret WW2 Learning Network are running events this week, and continue to research and document the lives of SOE agents.